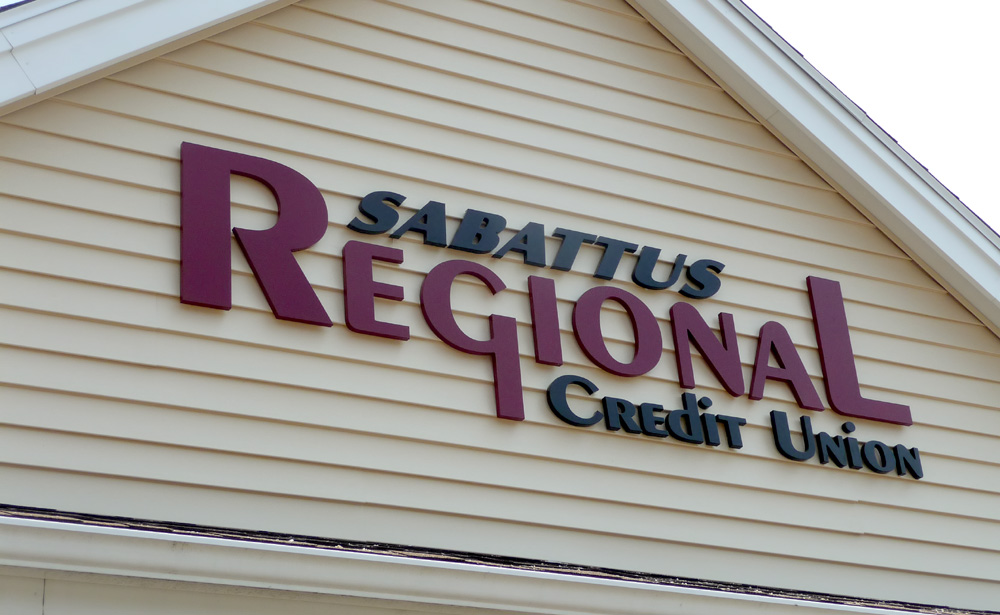 Sometimes using painted or vinyl letters either isn’t possible or doesn’t make sense. That’s when dimensional letters and graphics come to the rescue. And sometimes, even if flat lettering could be used, dimensional letters might be used instead for greater impact. When graphics have dimension, they tend to command more attention. And that dimension can be made even greater by mounting the graphics a little bit raised from the wall; this is known as a stand-off.

Generally, the greater the reading distance to the letters, or the bigger the letters, the thicker they should be. These letters for Sabattus Credit Union in Sabattus, Maine are cut from 3/4″ thick PVC. They are only about 8 or 9 feet above the entrance, so this thickness works well. Also, since they are mounted on clap board siding they tend to have a built-in stand-off look, even though they are mounted flush to the siding.

Letters and graphics can be cut from a number of different materials, such as PVC, acrylic and high density urethane. Even metals like aluminum and bronze can be used. Any design that can be created on a computer, such as your company logo, can be custom cut. And there is an almost endless type of finishes that can be applied, from simple painting to laminates that look like wood and many other materials.

So when you’re looking for something that’s going to get more attention and make you look a step above your competition, consider some dimensional graphics. You won’t be disappointed. 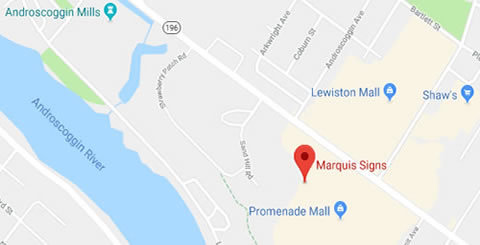